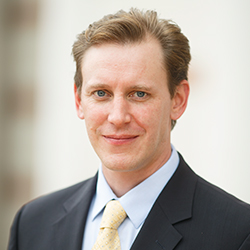 Edward J. Egan, Ph.D., is a fellow at Rice University’s Baker Institute and director of the Baker Institute’s McNair Center for Entrepreneurship and Innovation. He was previously an assistant professor of entrepreneurship at Imperial College Business School in London, England, and the innovation policy fellow at the National Bureau of Economic Research in Cambridge, Massachusetts.

Egan is an applied microeconomist specializing in entrepreneurial finance, intellectual property policy and startup strategy. His research has received awards from the government of Canada and the Ewing Marion Kauffman Foundation. Egan has also received prizes and recognition for his undergraduate, graduate and professional teaching.

Egan is a serial entrepreneur who co-founded his first high-tech start-up at the age of 19. He worked as a venture capitalist in Vancouver, Canada, and has served as a judge for academic and industry-sponsored business plan competitions for over a decade. He is also active as an R&D and intellectual property consultant, specializing in patent and antitrust litigation as well as portfolio management and innovation strategy. Egan has provided advice and services to the U.S., Canadian and U.K. governments, and has worked as a consultant to a wide array of firms ranging from pre-incorporation startups to Fortune 500 companies.