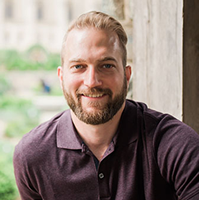 Justin Snair, M.P.A., is the Managing Partner of Signalis Solutions, a firm dedicated to working across policy, practice, and research to identify, understand, and solve complex homeland and health security challenges. Mr. Snair was previously a Senior Program Officer – Health Security at the National Academies of Sciences, Engineering, and Medicine, where he served as the director of the Forum on Medical and Public Health Preparedness for Disasters and Emergencies and the Standing Committee on Medical and Public Health Research During Large-Scale Emergency Events. From 2012-2015, he served as the Senior Program Analyst for Critical Infrastructure and Environmental Health Security at the National Association of County and City Health Officials, where he managed projects and conducted research centered at the intersection of public and environment health, critical infrastructure, and homeland security. Prior to his time with NACCHO, Mr. Snair was the Environmental Health Agent for the Acton Public Health Department in Massachusetts. Mr. Snair is an Executive Fellow with Harvard University’s National Preparedness Leadership Initiative and was previously a fellow with the Atlantic Council’s Take Point Initiative. From 2001-2006, Mr. Snair served as a Corporal and Combat Engineer in the U.S. Marine Corps Reserves and deployed to combat operations in Iraq from 2004-2005. He holds a Master of Public Administration degree from Northeastern University’s School of Public Policy and Urban Affairs and a Bachelor of Science degree in Health Science from Worcester State University.